“I hope to be a driving force behind Parker Design becoming one of London’s top agencies.”

After completing a degree in Philosophy, I found myself wondering what to do next. After some soul-searching it hit me that my talents lay in marketing.

A year later I had finished a Masters degree in Marketing and Advertising. Soon after I landed my first job on the brand team at TalkTalk, working on The X Factor sponsorship. Being part of such a high profile campaign introduced me to some of London’s top agencies and made me realise that working in an agency was my calling!

I joined a London digital agency, where I managed accounts for some major brands such as CNN, TimeWarner, Bestival, Mercury Music Prize and Westons Cider. It was here that I learned all things digital, managing the production of iOS apps, websites, online quizzes, Facebook apps and microsites amongst other things.

When the opportunity presented itself to join Parker Design I jumped at it. I’m very excited to be part of the London team, and I hope to be a driving force behind Parker Design becoming one of London’s top agencies.

Outside of work I love all things social. In summer it’s tennis and in winter it’s skiing. If there’s ever a new bar or restaurant opening in town you’ll find me there!

A property brochure design that conveys the idea of exclusivity and craftsmanship, immediately creating a connection with investors.

Original, visually impactful and easily memorable, this collateral design refines and simplifies the complexity behind supply chain and logistics, maximising our client's investment in a wide range of trade shows at home and abroad.

Experts in changing perceptions, Raw needed a successful rebrand to help them transition from a traditional video production house to a specialist branded content agency. A distinctive logo design was the perfect start.

To transmit a true sense of unity and collaboration between Allmed partners across borders, we delivered a multilingual website design that is as striking as the original English version. 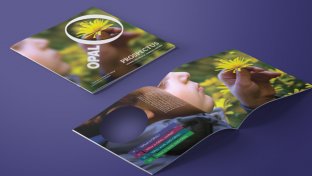 A striking prospectus design to attract support to OPAL, a nationwide initiative led by Imperial College London, conceived to inspire all levels of society to collaborate and get closer to nature. We were excited to help launch a new and unique event in the festival season's calendar. The festival brand design we created perfectly blends exclusivity with the allure of a British summer's day – definitely worth featuring in our design portfolio.

As an integrated design agency, we combine creativity with digital strategy to deliver results, whether through digital or print design. With this playful and engaging campaign, our graphic design and marketing strategy teams created a pop-up to capture the imagination of financial professionals.

Aiming to maximise their investment in three major industry shows, DAI commissioned an exhibition animation to help them distill the complexity of their processes, and draw visitors into the stand. 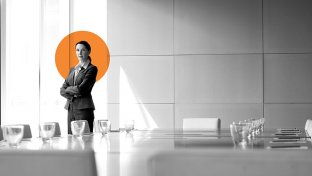 We helped DAI rise above competitors at Intermodal Asia with a brochure design and Chinese translation that helped them communicate not only industry leadership, but also extra care and respect for their audience. We produced a visually impactful and versatile poster design that helped prolong the life of DAI's investment in three major industry shows.

To help DAI promote their industry-leading software solutions at three major international shows, we produced a set of logistics brochures that perfectly balance the power of innovative technology and its impact on our everyday lives.

Our exhibitions team helped DAI make a lasting first impression at Retail Week Like with a simple trade show graphics design that transmits the essence of success in the Logistics sector. Not relying on past success, it was time to evolve. And these beautiful travel magazine designs and engaging content are the perfect way for Exodus to entice their audience again. To help Raw London launch their new business proposition, we created a contemporary business stationery design that exudes personality and confidence, and perfectly gets across that our client does things differently. With our digital agency expertise, we created a set of beautiful and persuasive digital banner ad designs that compelled Exodus' audience to click through and explore 'where they'd rather be'. 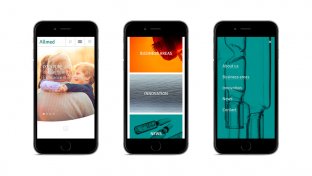 The Allmed family only came together a few years ago, but their heritage goes back over 30 years. Our client needed a digital agency that would help them create a new web design to communicate their mission to do things better, together.

We produced a vibrant brochure design to position DAI as a provider of exciting career prospects where creating opportunities for employee engagement is top of the agenda.

We helped SFX drive new enrolments with a vibrant prospectus design that refreshed its identity and established a connection with aspiring students. The new print design was a departure for SFX – transmitting a forward-looking message that seamlessly integrated with their traditional values. Thomson Reuters needed a design agency that would help them simplify regulatory change management. Our persuasive and visually engaging print design did just that – a design masterpiece for our design portfolio. 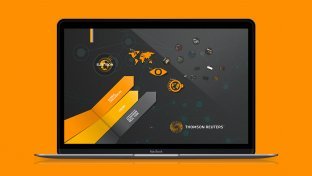 We're a design agency that focuses on helping clients achieve their business goals. This time, it was print design – with engaging content creation and stunning visuals, the travel magazine we created for Exodus increased their travel bookings by 62%. A result worthy of our design portfolio.

Dealoil, a young company wanting to break into the energy market, were on the lookout for a digital agency they could rely on. Our web design and web development teams helped them transmit a message of confidence and inspiring trust. This simple yet effective piece created by our motion graphics and infographic design teams helped DAI increase brand awareness at the IMHX exhibition. The high-quality animation helped the company connect with over 20,000 logistics professionals at the event. 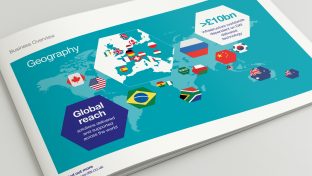 A distinctive brochure design that turns complex information into an engaging piece of marketing thanks to effective infographic design.

Parker Design is a marketing agency that knows how digital strategy can amplify key messages. To help Thomson Reuters communicate the importance of exposing risk, we devised an integrated marketing strategy that brings the benefits of transparency in a changing regulatory climate to the surface.

We are a marketing agency that knows how to position clients as industry thought leaders through effective and memorable print design. To help Thomson Reuters raise awareness about challenges in data management, we devised a simple marketing strategy that revolved around a unique infographic design. As an experienced employee communications agency, we delivered an energy-fuelled conference video production that sets the tone for an AGM focused on celebrating achievements and embracing future goals. 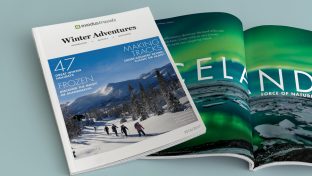 With our print design expertise we positioned Exodus as an expert in unique adventures. For our client, the cycling magazine we created was "not just the best one we have produced – but the best in the industry!"

An effective branding agency understands how to help clients establish trust and credibility in their market. To help Dealoil compete with more established competitors, we created a brand design and strategy that positioned the company as fresh and innovative. 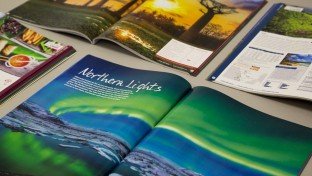 With more than 500 options across 90 countries available, Exodus selected us to take the collateral for its top markets a step further. Our print design team created a clean travel magazine design that highlights high quality visuals and creates a clear, focused and seamless customer experience. 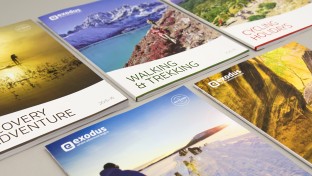 With this holiday brochure design we focused on high-quality visuals to appeal to a wide range of travel tastes.