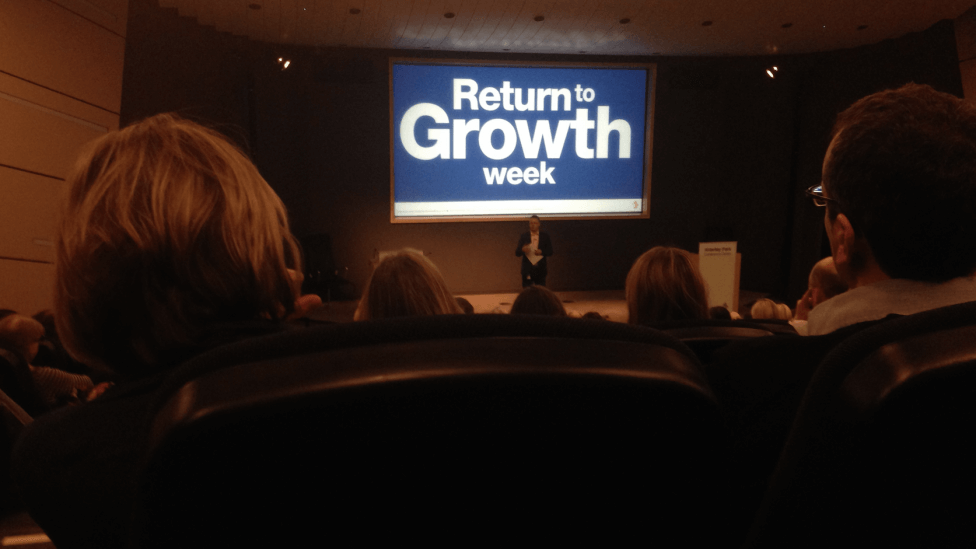 Parker Design congratulates our client, AstraZeneca, on being shortlisted for the Melcrum Awards in three categories.

We’re thrilled to hear that their ‘Return to Growth’ campaign – a project we worked on closely with their global communications team – was nominated in the ‘Digital Innovation’ category. The strategy targeted more than 51,000 employees worldwide to communicate the company’s growth strategy and encourage engagement.

The campaign employed a range of initiatives, including the development of a 20-minute movie outlining the experiences of AstraZeneca employees across the globe. Translated into more than 11 languages, the film was screened at locations around the world to inspire belief in the new growth strategy and outline the role that each member of staff plays in the company’s success.

As a result of the ‘Return to Growth’ campaign, AstraZeneca measured a 96% rate of understanding among employees, with 95% expressing belief and support for the company’s plans for growth.

As well as being recognised by judges for this campaign, AstraZeneca has also been nominated in two other Melcrum Awards categories – ‘Leader of the Year’ and ‘Excellence in Employee Engagement’.

We wish all the best to the AstraZeneca team at the Melcrum Awards tonight – good luck!