An animation that offers the best balance between budget available and complexity of animation.

Producing Flash animations, presentations and interactive apps can be a time-consuming process. Flash has become an increasingly feature rich tool as it has developed, giving us 3D capabilities and advanced physics – all of which makes our job simpler. But, sometimes there is no satisfactory alternative to frame by frame illustration. At Parker Design we always try to use the most efficient method of Flash production possible for each project, to offer the best balance between budget and complexity of animation.

DRL commissioned Parker Design to produce a series of short information films to explain the terminology and technology of a range of white goods. We chose a simple, but realistic, animation style over live video as this allowed us to focus on particular features or cut-away areas of a product to get the message across more easily.

The series of animations were grouped under the ‘Ask Alison’ title and the head and shoulders of Alison were added to a left hand column containing information on the subject on the film. A voice over was recorded and the Alison character was loosely lip-synced to it. The finished motion graphics and accompanying voice over were incorporated into the DRL’s partners websites to help potential customers make informed decisions when purchasing.

This Flash animation was produced to explain the technology behind the induction hob. Simple illustrations of a hob surface with induction coil, a pan and a hand were created. A visual representation of the electric field was animated, along with steam and boiling water in the pan, which was in turn animated into the final sequence. 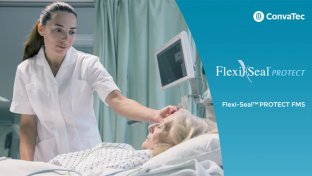 Our video production and motion graphics team created an engaging series to help ConvaTec showcase the new features and benefits of its enhanced Flexi-Seal™ PROTECT Fecal Management System for a global sales launch.

We used motion graphics and engaging infographic design to help N8 highlight the findings of their economic impact report. The effective animation made key data memorable and easy for viewers to understand.