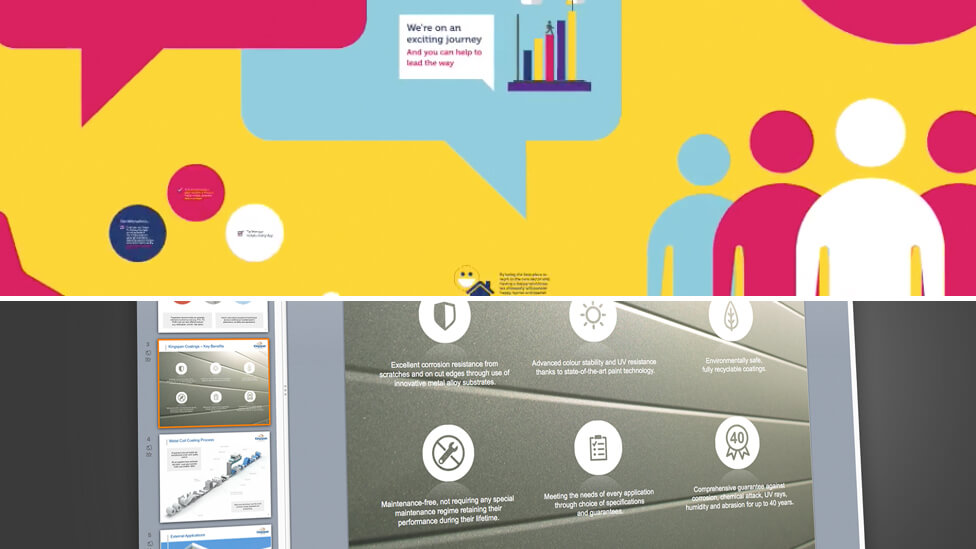 It was back in 1987 when the world first heard of PowerPoint (actually, it was launched as “Presenter”). Initially available just for Macs (or Macintosh computers as they were known then), Microsoft acquired it only 3 months after it launched, and it’s now available in as many as 102 languages.

Prezi on the other hand is a much younger tool: launched in 2009, and actually meaning “presentation” in Hungarian (it was founded in Budapest), Prezi now has over 100 million users.

But let’s leave recent history behind and concentrate on today: should you choose PowerPoint or Prezi?

Age is not the only difference

When it comes to comparing PowerPoint and Prezi, age is not the only difference.

Since Prezi launched, there have been two camps of opinion, and one phrase that sends shivers down your spine whether you’re pro PowerPoint or against: “death by PowerPoint”. You either live by it or you consider it unfair on a piece of software that is perhaps vilified without reason. After all, it’s been around for decades, so it’s obviously still doing a very good job.

Maybe a PowerPoint presentation is “dull” because its features or functionality haven’t been maximised to their full potential, or perhaps the (lack of) presenting skills are to blame? (we all know not everybody enjoys presenting to an audience, whether virtual or in person, it just doesn’t suit everyone’s style or personality, and that’s absolutely fine of course). Maybe the design of the presentation is not as strong, or effective, as it could be. Or is Prezi more “interesting” because it’s newer and at first sight more dynamic? Or perhaps it’s because people are not as familiar with Prezi as they are with PowerPoint, and “bright, shiny and new” immediately attracts.

PowerPoint – built with a solid structure

Reducing both PowerPoint and Prezi to their bare bones, we could say that PowerPoint is like a book: it’s a predominantly linear journey for users (presenter and audience).

Strictly speaking PowerPoint has a clear beginning, a middle and an end – it offers a clear and solid structure that’s easy to manage and follow, for presenter and audience.

Of course if you’re familiar with PowerPoint you’ll know that, amongst other new features that have brought it up to date, you can play with hyperlinks and animation, adding movement and energy to the traditional linear sequence of slides, that way getting a little closer to the way audiences are used to consuming media in the digital age, and more recently a world where hybrid or remote work are widely acceptable and welcome.

Prezi – the new(ish) kid on the block

So if PowerPoint is a book, think of a Prezi presentation as a dynamic painting, almost like a never-ending canvas. It’s a highly visual and captivating experience where your vision is directed up and down, left and right, up and down again, at times almost feeling like a video game where you move up levels to progress, it oozes energy and relies on fluidity, playfulness and an eagerness to explore that gets your message across. If a Prezi presentation is shared for it to be reviewed at the user’s convenience, it gives a sense of full control over how the information is consumed, sending engagement levels through the roof.

But is Prezi too distracting for audiences, or perhaps even for the presenter? That will always depend on how the Prezi presentation has been designed and built, and of course who you’re presenting to, the content of your presentation, and what users – whether presenter or audience – are trying to get out of it. 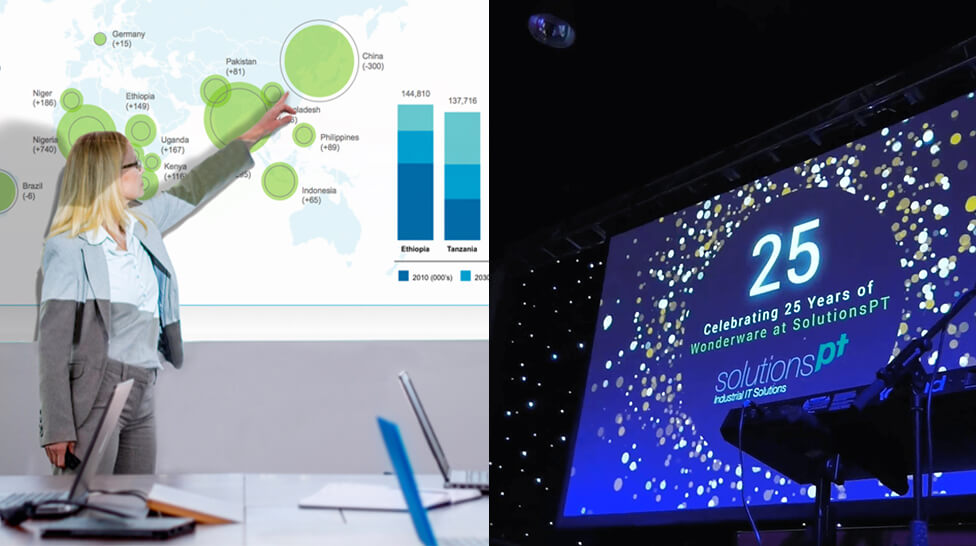 PowerPoint or Prezi: regardless of which one you go for, always remember that for your presentation to be a success, you need to have engaging content, great design, and the presentation and interaction with your audience will just flow.