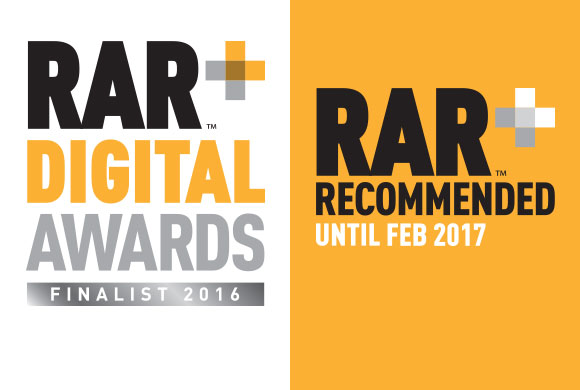 The Digital team at Parker Design are celebrating after the list of finalists for the RAR Digital Awards 2016 was announced earlier today. The team have received nominations in the email marketing and web development categories.

Speaking of the nominations, Parker Design’s Digital Director said, “This is fantastic news and the culmination of months of great innovative work through the efforts of a team that we keep nurturing and growing.

It’s also particularly significant for us as the nominations are purely based on feedback provided by our clients. It just proves that the Digital team at Parker Design goes from strength to strength. Well done everyone!”. Kieron Dony, Parker Design’s Technical Director, was also delighted with the nominations.

The awards ceremony will take place at Lancaster Hotel in London on 16th June.

Click here for some examples of the email marketing and web development work that won the team the nominations.