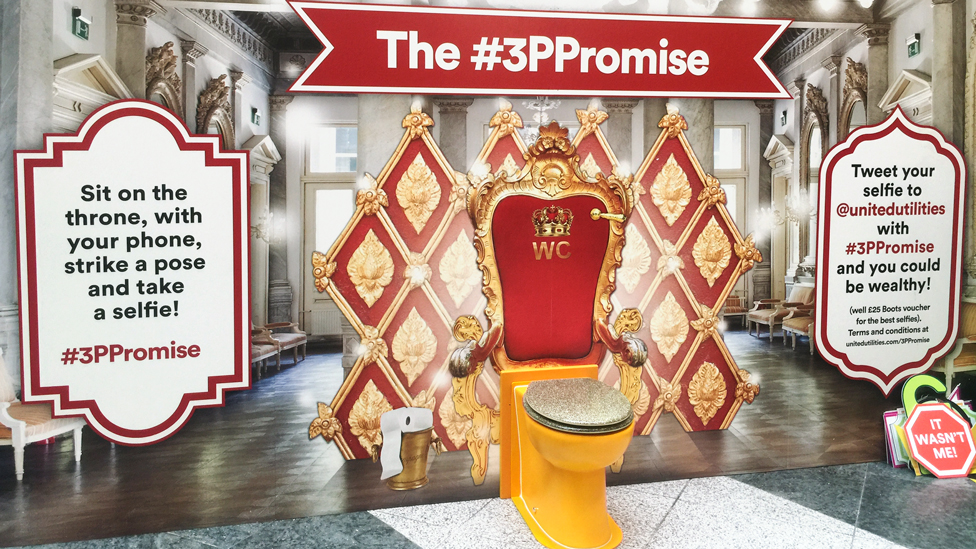 United Utilities partnered with Parker Design to encourage shoppers to confess their loo sins – “If it’s not pee, poo, paper, don’t flush it”.

That’s what United Utilities were telling shoppers in Manchester recently. The activity is part of its ongoing ‘Think Before You Flush’ campaign to raise awareness of the significant impact flushing or pouring the wrong things is having on our pipe and sewer network’. Parker Design, who have been working with United Utilities for almost 25 years, created an engaging exhibition stand to face the problem head on.

The exhibition stand promoted United Utilities’ #3PPromise: if it’s not pee, poo, paper, don’t flush it. United Utilities chose one of the largest covered city centre shopping complexes in the country – the popular Arndale Centre, a busy hub in the vibrant city of Manchester frequently visited by locals and people from further afield.

The retail hub has a catchment population of 6.7 million people and 42 million annual footfall. But with 249 retail units and less than 2 hours average dwell time, the team had to ensure the exhibition stand design captured shoppers’ attention and encouraged engagement. The idea of consumers confessing their “loo sins” was born.

We're at here til 8pm tonight! Check out the Mancunians who've been making the #3PPromise https://t.co/SgBsVgq9cm

United Utilities’ research had revealed the many unusual items people flush down their toilet, with false teeth and deceased goldfish amongst many others!

We created a “Big Bog Diary Room” that stands out from the crowd. The exhibition stand design presents a serious issue in a colourful and fun wrapper. 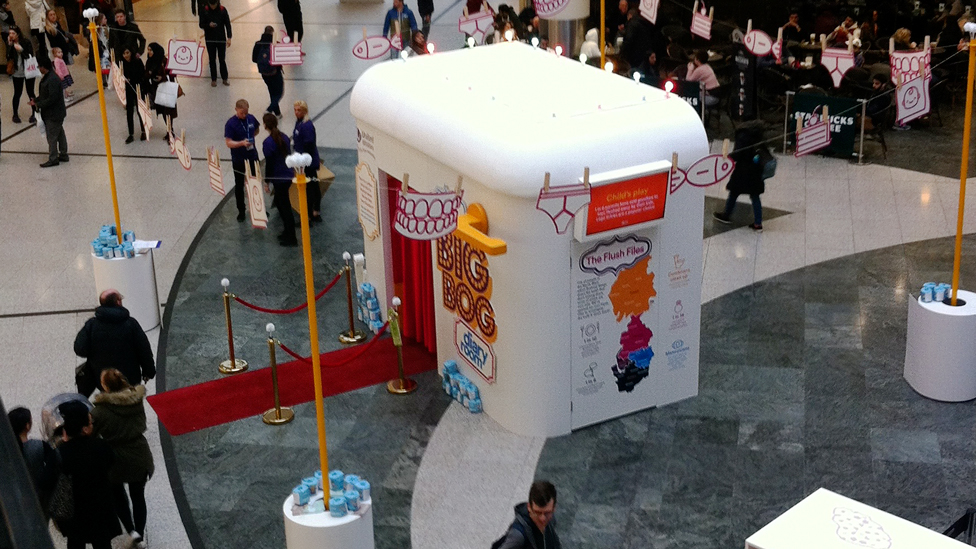 Friendly event staff invited passers-by to confess their loo sins in a private booth whilst sat on the “Golden Toilet”. Behind a luxurious red velvet curtain, the feeling of excitement and mystery were heightened by a friendly but authoritative voice encouraging people to share their confessions on camera, which were simultaneously broadcast live onto the big screens outside the Diary Room. 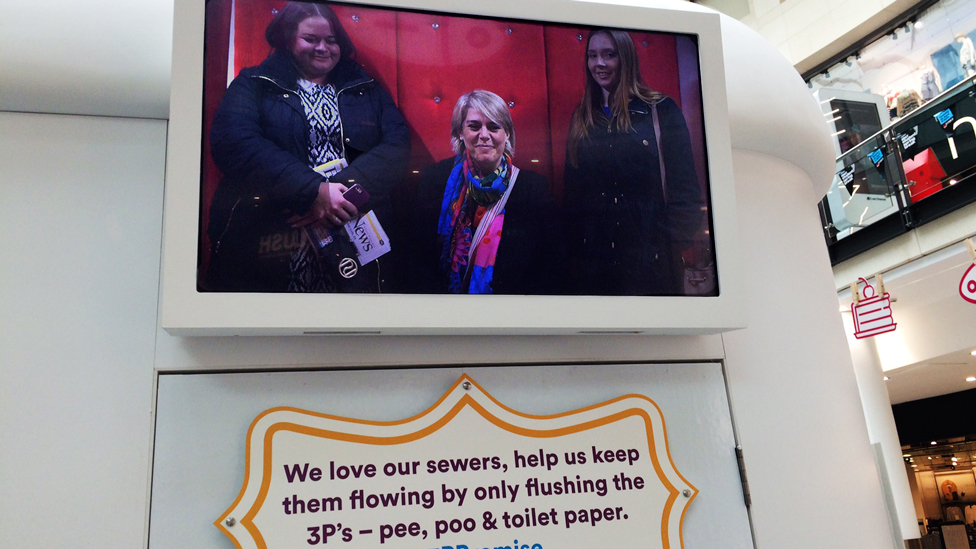 This generated interest from other passers-by, who were encouraged to share the fun content on social media thanks to prominent and fun calls to action.

The inclusion of hand-held props added even more toilet humour and further contributed to the social media sharing frenzy: something as intimate as sitting on a toilet and an individual’s toilet habits were turned into a public event, where a mixture of fun and subtle embarrassment made the experience truly unforgettable, encouraging action and change in people’s habits. 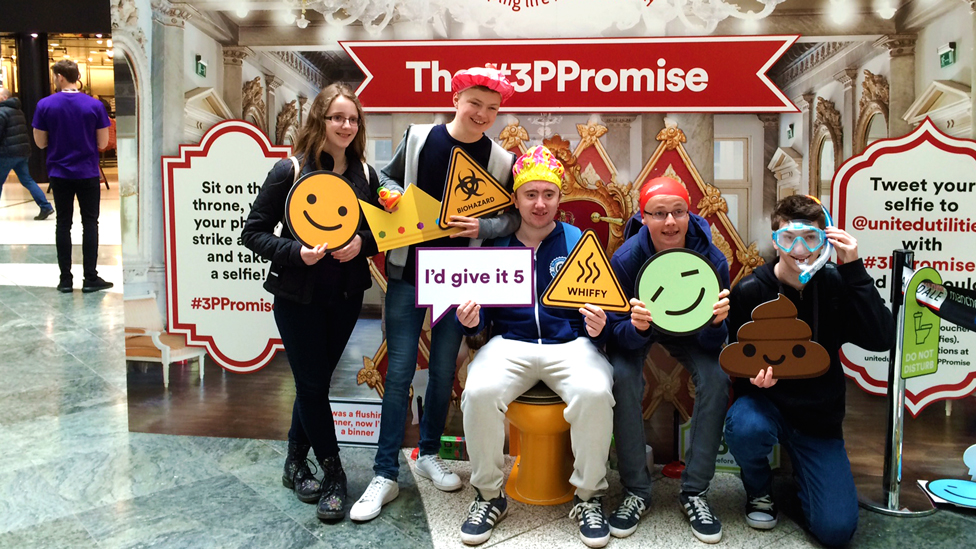 Aside from the Diary Room booth, large toilet roll poles marked out each corner of the exhibition stand, with red carpet included. 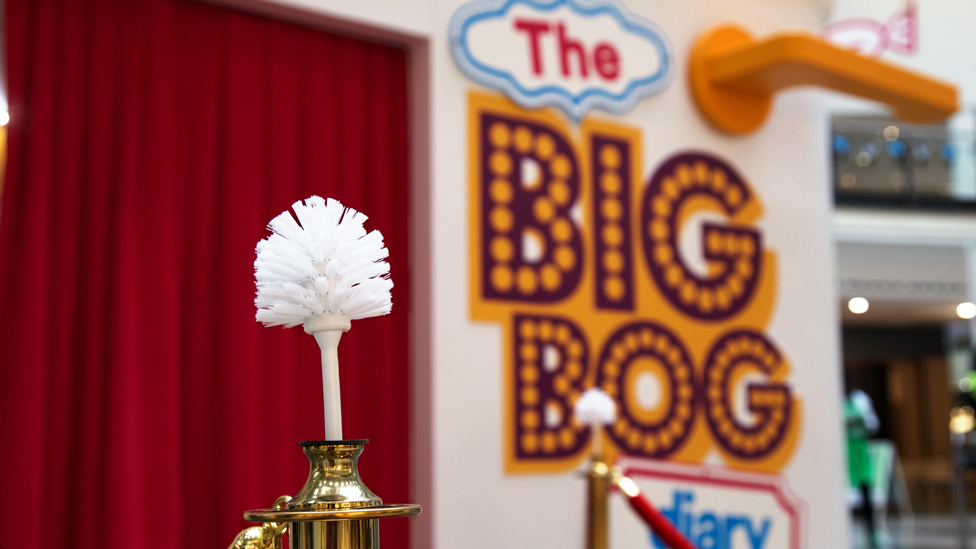 The design also featured a washing line from corner to corner with icons of naughty flush items secured by oversized washing pegs. The playful and colourful props helped maximise visibility in the busy retail space. 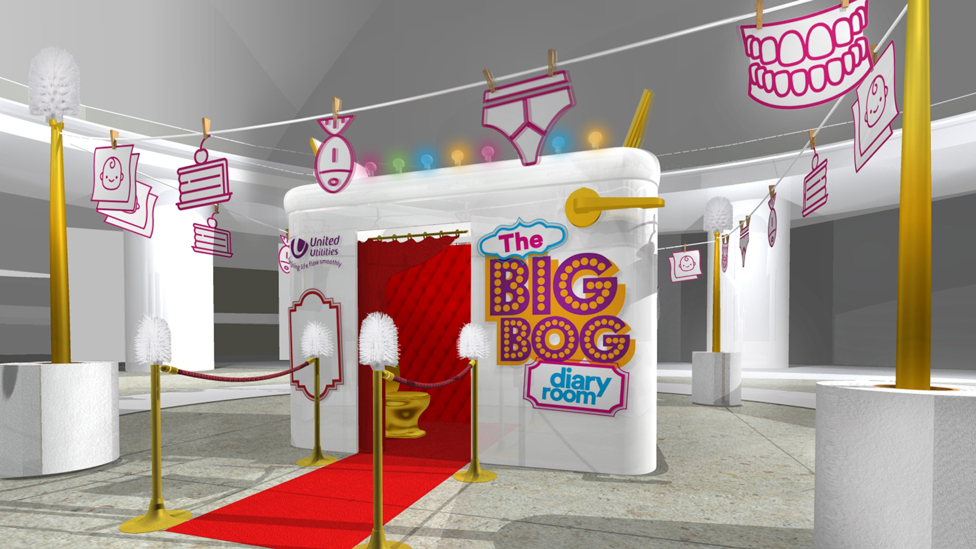 “The team at Parker Design exceeded our expectations once again, and they really helped us stand out from the crowd, literally!

The fun exhibition stand played a major part in helping us bring a very serious issue to the surface in a really engaging way.

Passers-by wanted to join in and confess their “loo sins”; the whole experience contributed to helping change customers behaviour and habits.”