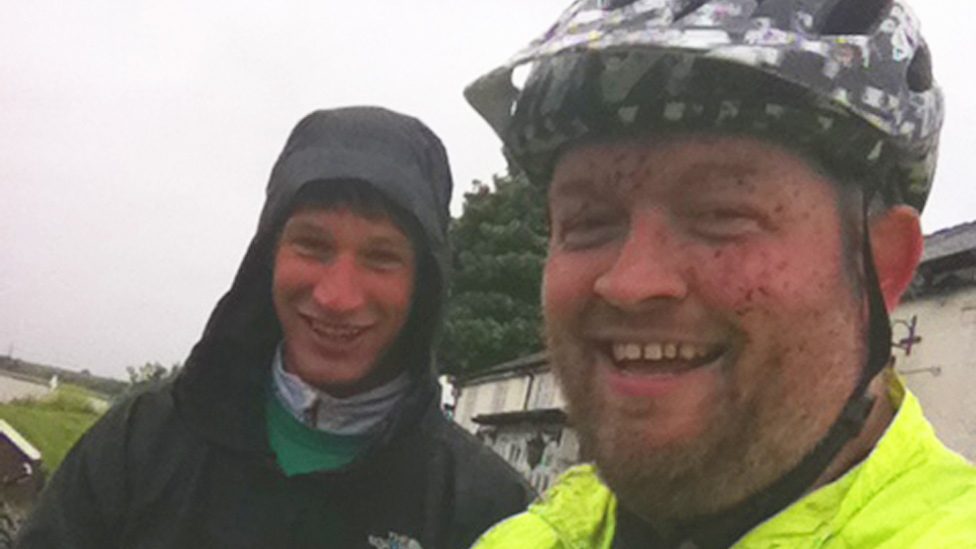 Braving the elements and being unfashionable. Oh, and three bacon sandwiches!

On 3rd June on a very wet, cold and miserable morning, Dom, Tom and Martin left Northwich heading for Manchester. The aim? To ride the 38 miles from Manchester to Liverpool in aid of the NSPCC in conjunction with ‘Bike Events’.

After making their way to the start point the guys set off at 8.15am on their road bikes, braving the elements. Due to the unusually cold weather for this time of year Tom resorted to what he claims were ‘unfashionable’ clothing choices – wearing his hood under his helmet to brace himself against the cold rain. The bacon sandwich and cup of tea half way along helped to warm them through and they promptly set off for the last stint.

Arriving in Liverpool at midday, Dom, Tom and Martin completed their ride, and after a quick break grabbed a lift back home. Well done guys – a good effort for a good cause.