AstraZeneca commissioned us with corporate video production about its collaboration with Depaul UK, a charity helping homeless, vulnerable and disadvantaged young people across the UK.

Depaul UK is a charity that focuses on helping young people who are experiencing homelessness or who are at risk of becoming homeless. In just one year, the charity can support as many as 2,500 people, thanks to over 10,000 hours of volunteering and other life-changing initiatives.

Our brief was to produce a short film that would form part of a series of corporate videos entitled ‘Health Connects Us All’. The short film would have to explain the work AstraZeneca is doing with the Depaul UK, and how this collaboration with the charity links back into AstraZeneca’s ethos and corporate responsibility.

The corporate video production follows a documentary style employing a mixture of interviews with AstraZeneca and Depaul UK employees, tastefully combining it with emotive footage of the homeless, vulnerable and disadvantaged young people the charity helps.

The filming took place at a number of AstraZeneca’s sites across the UK, together with footage provided to us by Depaul UK. We also had the privilege of filming a presentation at the Houses of Parliament hosted by Sir Trevor McDonald – even managing to secure an impromptu interview with Sir Trevor, which we worked seamlessly into the final edit.

The use of voiceovers and music give the finished corporate video production a real sense of atmosphere, emotion and impact. 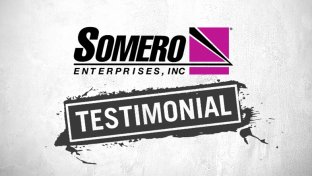 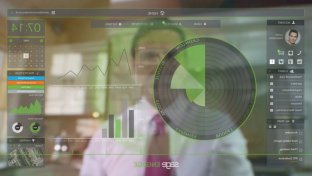 We understand the power of engaging presentation design, effective content creation and seamless video production. We helped Sage demonstrate the future of financial software to more than 5,000 professionals at a major industry event by combining stunning motion graphics with compelling live video.