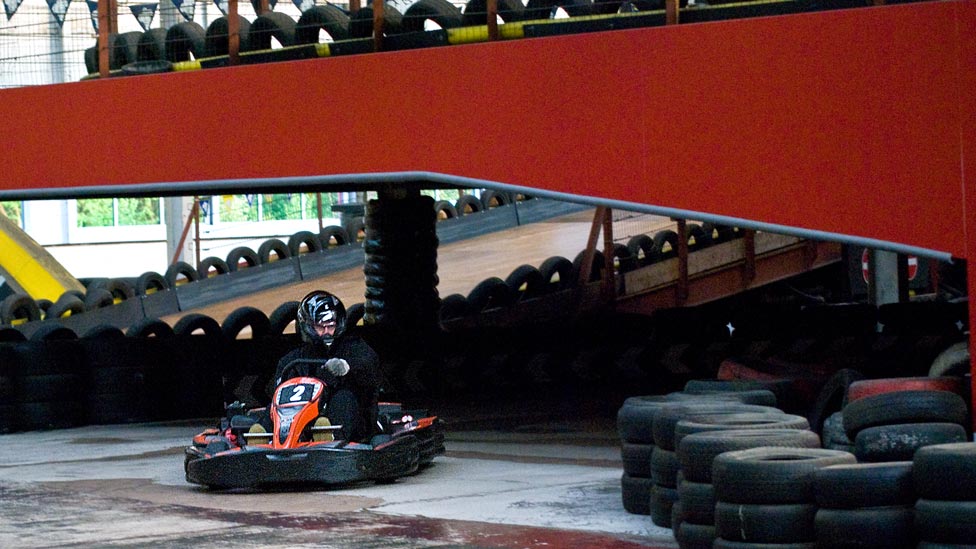 That was the evening that was…

There’s no room for R&R with Parker Design, and to prove it we decided to see what we were really made of, taking on the longest indoor karting circuit in the UK. An evening of high-speed bumper-to-bumper racing at Speed Karting in Warrington ensued – non-competitive of course….!

Before we even started we knew it was going to be a long evening – it was one of those rare hot evenings in May we had this year, and the warehouse in which the track is located heated up through the day to an unbelievable temperature. Team this with padded overalls, helmets and gloves and you can imagine the effect. Nonetheless we persevered and had an eventful evening to say the least.

Neil and Tom took an early lead on lap times, with Simon and Non not far behind. Through the heat stages Pete crept up on the top 4, as did Dom. A wide range of driving styles, some aggressive (not naming any names Pete) and some more Jenson Button-esque (Tom) resulted in some amusing altercations. Sam overcooked the first corner on more than one occasion but was fast on the rest of the track, and Jon showed some great skill on his first time out in a kart.

For the final grand-prix it was decided we would take random positions on the grid. Unfortunately for Neil, who had recorded the fastest time, he picked the short straw resulting in the number 10 kart – right at the back of the grid. Tom who had been battling with Non all night for the number 2 spot ended up mid-pack, whilst Non luckily picked kart number 2.

Andi was in pole position for most of the first lap but was quickly overtaken by a few of us. Dom was black flagged for dangerous driving and sent off the track (apparently not his fault…), while Andi and Sam couldn’t decide who had track space and ended up sharing it! Non and Tom continued the theme of the evening battling for the win, but Non’s superior driving skills finally gained her 1st place with Tom close behind in 2nd. Despite many warnings for aggressive driving, Pete finished 3rd.

Unfortunately after 2 hours of intense driving we all struggled to lift our first pint of the evening. Nothing a bit of practice didn’t cure…