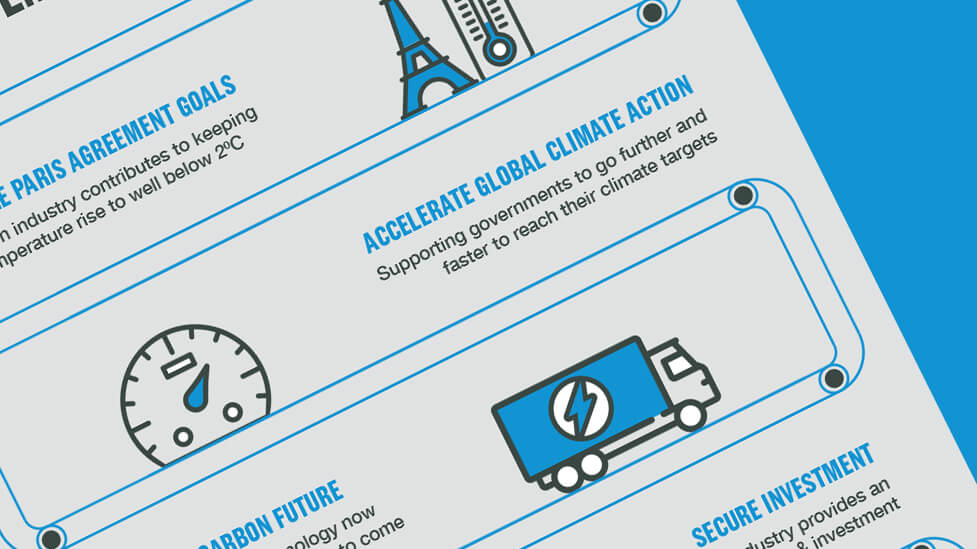 The Paris Agreement, initially signed in 2016 by 174 states and the European Union as a collective, rests within the United Nations Framework Convention on Climate Change (UNFCCC). The Agreement deals with the mitigation of greenhouse gas emissions, adaptation, and finance. As of March 2019, 195 UNFCCC members had signed the Paris Agreement, with 187 becoming party to it.

Our client – The Climate Group – is the Secretariat to the Under2 Coalition, a community of global state and regional governments committed to ambitious action on climate change in line with the Paris Agreement. Governments in the Under2 Coalition commit to keeping global temperature rises to well below 2°C, with efforts to reach no more than a 1.5°C rise. 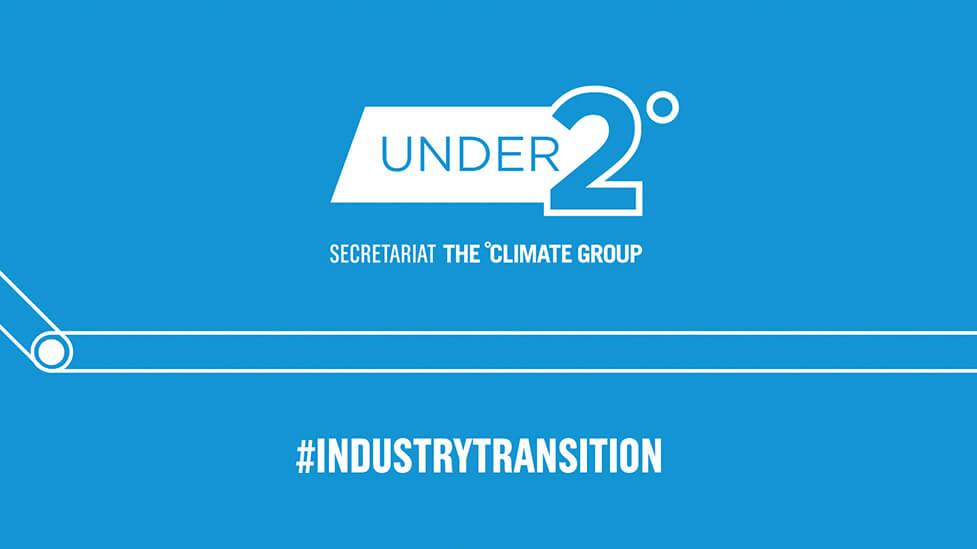 The regions and states that form part of the Under2 Coalition, in their position between national and local governments, are uniquely placed to take innovative climate action and to influence others to do the same.

The Climate Group came to us to help them create awareness of the Under2 Coalition’s latest initiative – the Industry Transition Platform (ITP). The ITP works with governments from highly-industrialised regions to develop strategies to cut industry emissions while supporting economic growth, job creation and prosperity. 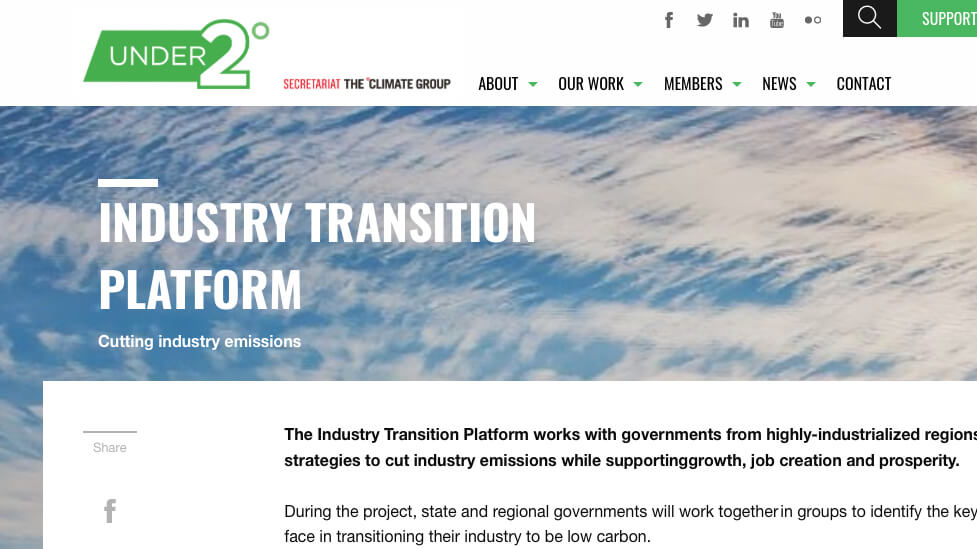 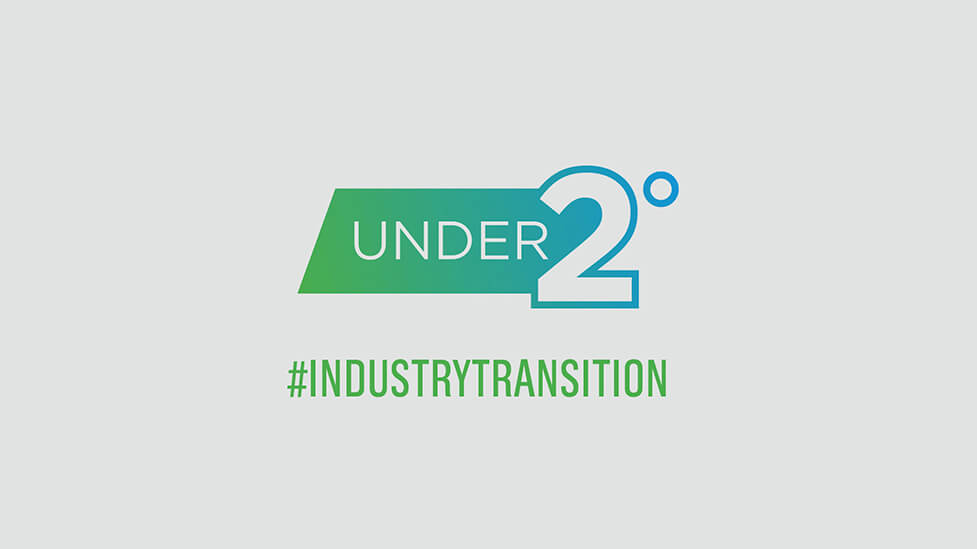 We created a suite of digital materials – including an awareness infographic, animated cards for use on social media, and a 30-second video for use on presentations – to effectively communicate the project’s aims, key messages and its importance.

After presenting our client with a variety of design routes, one option with each element working as an independent visual entity, and the other with all three as a coherent grouping, our client opted for a connected look and feel across all materials.

The simplicity of the infographic design helps maximise the impact of the message being communicated. Visually, a small number of connected elements guide audiences through what can be achieved by cutting CO2 emissions. The design is content-light, sharp and memorable, keeping attention levels high and encouraging action. 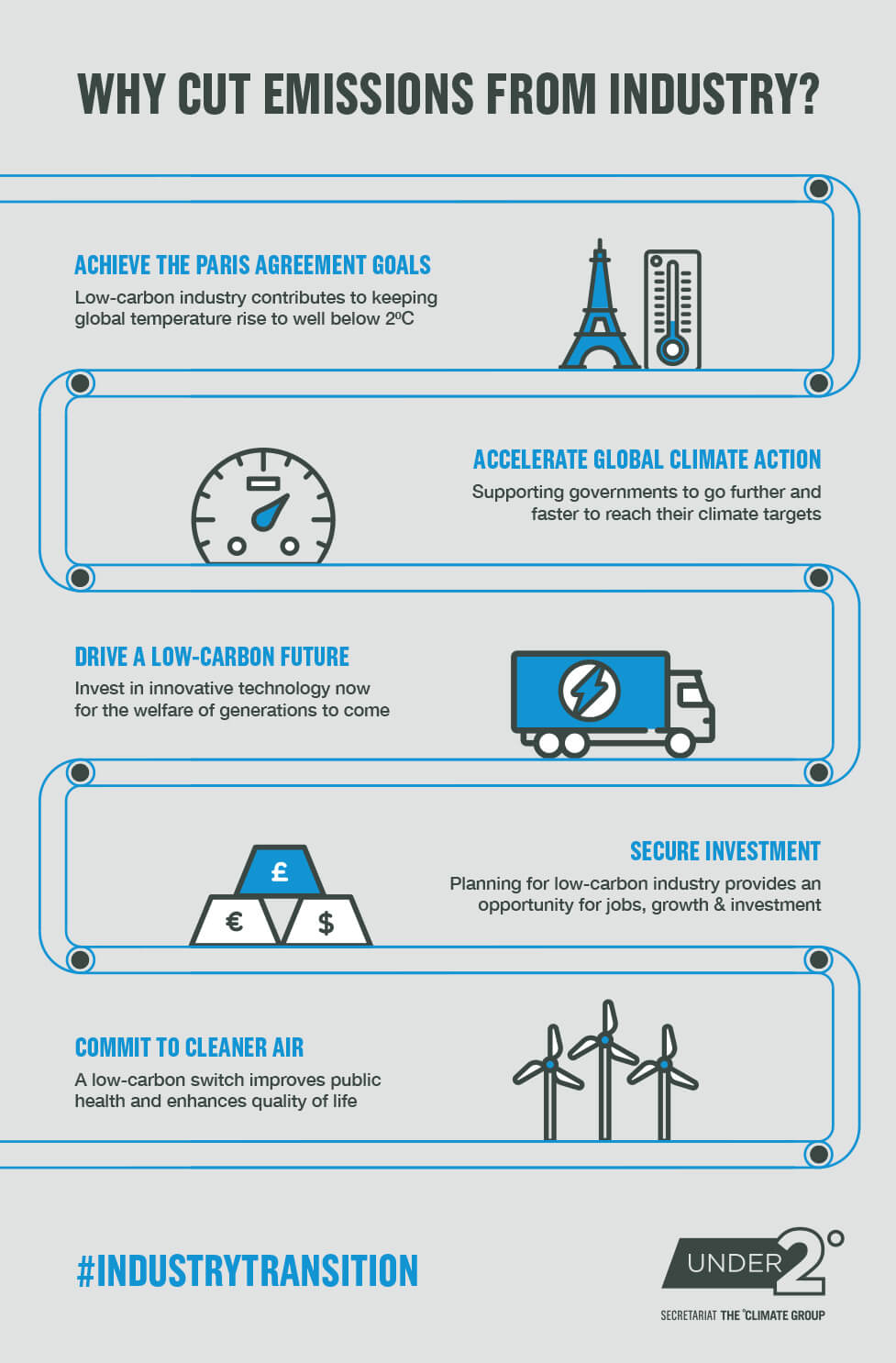 We developed a suite of playful icons to include in the awareness infographic, helping the message embed itself in the minds of audiences.

The introduction of a conveyor belt visual running through the infographic nods at the important role played by #IndustryTransition, and the speed and fluidity required for the project to succeed. 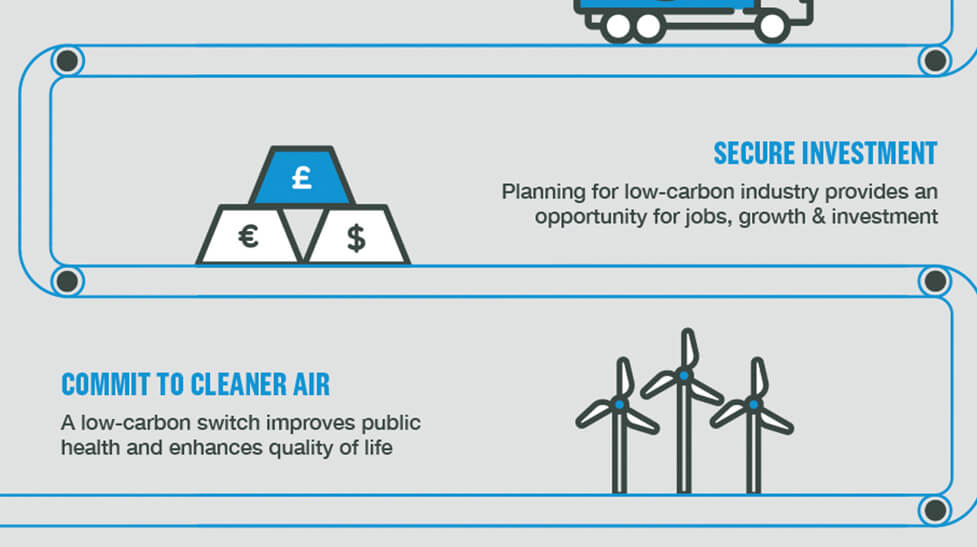 To showcase our client's expertise and major role in helping power the global economy we created a series of ecommerce infographics that lean on an uncomplicated and accessible design to make an impact. Employee absenteeism is costly for growing businesses. As a design agency with over 20 years' experience, we helped HRonline demonstrate the scope of the problem with a bold and playful infographic that informed HR managers and increased engagement with their sales team. 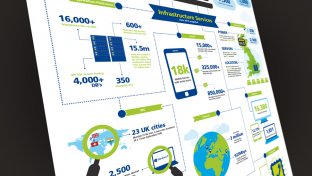 Deloitte asked our content creation team to develop a high impact graphic design that would help them reinforce employee engagement and communications around their infrastructure services team in the UK. We produced an internal communications infographic that turned data into a positive and engaging